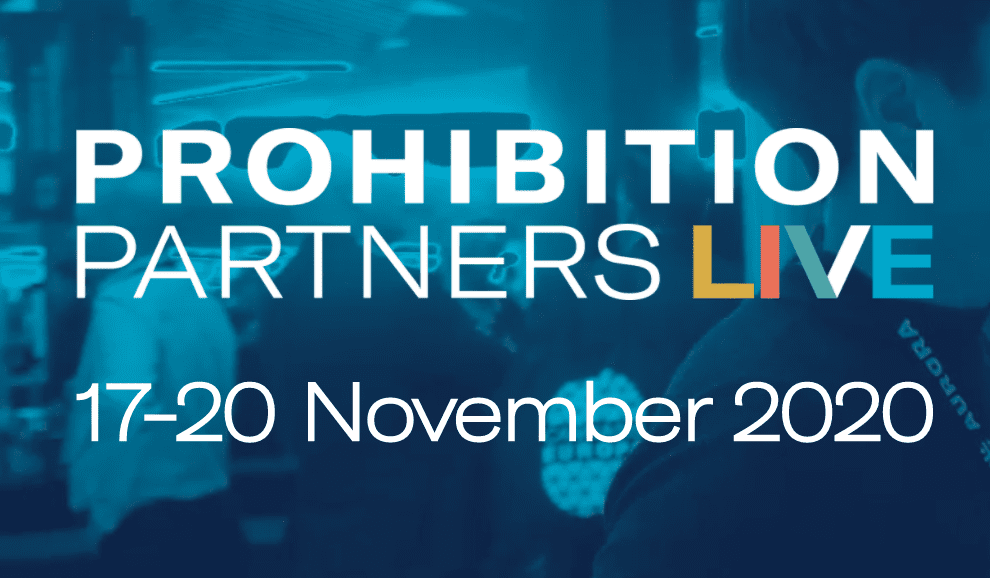 Prohibition Partners LIVE returns for Day 2. Hosting four days of disruptive cannabis debate from the most inspirational thinkers, leaders and pioneers within the global cannabis industry. We will ignite discussion on Day 2 with our Policy & Reform day, set amidst a volatile year of steps both forwards and backwards across the world. On November 18th, we are hosting a series of incredibly important & pertinent sessions to shine a light on the status of Cannabis & Psychedelics. Here’s a snapshot of what to expect from Day 2 of Prohibition Partners LIVE…

Kicking things off we are joined by Avnish Pandya (Bombay Hemp Company), Rohit Shah (Hemp Horizons) & Abhishek Mohan (Hempstreet) three of the leading Cannabis entrepreneurs in India to look ahead at the changes on the horizon in the country, and what that might mean for a possible future Cannabis market there.

New Zealand campaigners recently suffered heartbreak with a close call loss in their move to legalise Cannabis. At 1230 GMT - Kali Mercier, New Zealand Drug Foundation and Joseph Boden, University of Otago, join us for an honest and open conversation on what lessons can be learned from their own strategy and ultimately, disappointment.

Later we switch focus to more familiar territory, with two sessions covering the latest situation in the UK. The first, an interview between Charlie Webster (BBC) and Jonathan Nadler (LYPHE Group) on the state of Patient Access in the UK and the role private groups have had to step in to play. We are then shortly afterwards joined by two standing UK Members of Parliament; Crispin Blunt (Conservatives) and Ronnie Cowan (SNP) to look at the broader possible Rewards of Reform in Britain. Whether financial, social or health, where might significant legislation change take us? Robert Jackman of The Spectator takes the wheel for a no doubt lively discussion.

Across the English Channel and over to Europe, there still seems to be a lot of work needed from EU member states and within Brussels to drive federal change. With the desire for Cannabis reform low on the agenda, at 1415 GMT we meet activists & policy makers from Germany, France & Spain - Kai Freidrich-Niermann, Ludovic Rachou & Queralt Prat-i-Pubill - to look at how nation states could lead the push. Hosted by the brilliant Sunny Hundal (The Independent, Open Democracy)

It has been a monumental year in the USA for a number of reasons, to some the recent elections have provided a moment of respite amongst a sea of challenges. The two panels we present feature US Government officials, activists and senior business leaders to cover all sides of the conversation.

The Cannabis Tax Experiment features an increasingly pressing concern in North America. With states moving towards more open, taxable legislation, where exactly are these new revenue potys being spent? And is the money going to those who need it? Hosted by Politico’s Natlie Fertig, a panel including Assemblymember Rob Bonta, Justin Strekal (NORML), John Hudak (Brookings Institute) and Amber Littlejohn (Minority Cannabis Business Assoc) explore this perhaps tricky subject matter.

How have Prohibition Laws negatively impacted minority communities in the US over many years? How can social equity drives begin to right those many wrongs? Natalie Papillion (Last Prisoner Project), Karim Webb (4thmvment), Khadijah Tribble (Curaleaf) and Stacey Walker (IOWA Democratic Party) look at the defund the police movement, correlations between policing and state policies, plus take a deep dive into those creating accessible campaigns to change the narrative during The True Impact of Prohibition.

With states such as Oregon really leading the charge by decriminalising all drugs, following on from steps taken by the likes of Ann Arbor before, panels covering the future of Psilocybin, US Legislation and the Therapeutic Use of Psychedelics round off day 2 or Prohibition Partners LIVE.

What are the realistic steps that have already been - and are still being - taken towards a brighter future for Psilocybin and its doubtless potential? Moderated by Sara Brittany Somerset, Project Psilocybin looks at realistic developments towards treatment centres, and how businesses are leveraging this fantastic substance. Dr Olga Chernaloz (Wake Network) and Matt Emmer (Field Trip) will share their knowledge to help guide us.

In a truly one of a kind panel, we’re then joined by an intriguing mix of policy makers, lawyers and even an ex prisoner in an exclusive, unique look at Psychedelic legislation. William Leonard Pickard spent 20-years in prison for one of the biggest LSD manufacturing arrests the US has ever seen. Only released in July, he has turned his focus to activism and will be joined by Noah Potter (Legal Market Strategies) and Anne Bannister (Former Ann Arbor Council Member) for a wide ranging approach to the subject.

Finally, a true pioneer who needs little introduction - Professor David Nutt joins us to complete a packed day of sessions. Tune in at 1830 GMT / 1330 EST for his not to be missed Keynote on The Therapeutic Use of Psychedelics, followed by a Live Q&A.

If you already have tickets - dive straight in to Day 2 of Prohibition Partners LIVE here.